When you book with an account, you will be able to track your payment status, track the confirmation and you can also rate the tour after you finished the tour.
Sign Up
1371
29 days / 28 nights
Min Age : 0+
DetailItineraryMapPhotosReviews

India is one of the most beautiful countries in the world. There are many incredible things to see and beautiful adventures to live. Thus, the state of Rajasthan is one of the best places to visit. You will travel through Rajasthan and discover all its wonders

This trip to Rajasthan includes many benefits that are:

Day 1A nice welcome in Delhi

The first day is the day of arrival in Delhi. You are welcomed in the pure Indian tradition with flowers on the neck. After that you will be transferred directly to the hotel. After you have rested, you will visit the city, can admire the beautiful mosque, contemplate the Qutb Minar, see the old fort and finally walk to Chandni Chowk. After that, you will take the road to Neemrana.

After passing Neemrana, you can visit this place when you wake up. Indeed, after a hearty breakfast, you will make a tour of the village and take the opportunity to visit the fort. You will spend the night there.

The main attraction of Mandawa is its large imposing castle. You will have the chance to visit it and have a good time.

One of the most visited destinations in the Shekhawati region, Mandawa came into the 18th century. Mandawa Castle, an imposing fortress, which is an administrative heritage today. The other attractions of the city, the havelis of Chokhanias, Goenkas Nevatia, Ladia and Saraf. En route visit Nawalgarh.The village of Nawalgarh, founded in 1737, has a large concentration of painted houses, mainly in the east, in the alleyways away from Fort Bala Qila and the bazaars in the center. According to the authorization of their current occupants, it is necessary to visit the Aath Haveli, whose paintings are representative of the modern evolution, motives under the British influence (old cars, English around a bathtub, trains) Night in Mandawa

Day 5From Mandawa to Bikaner, the incredible visit of a huge Mandawa - Bikaner fort (200km / 4h)

After breakfast departure for Bikaner and en route visit Fatehpur , quoted Muslim for three centuries before being taken by the Rajput, the city is worth the detour for the porch and the splendid facade outer of the haveli of Jannagath Singhania (1870). Renovated by a Frenchwoman, Nadine Prince, Haveli hosts an art gallery and a small cultural center on the Shekhawati.
Arrive Bikaner and visit Junagarh Fort a huge citadel one kilometer in circumference, former palace maharaja. The Fort was built at the end of the 16th century (1589 to 1594) by Maharaja Rai Singh, general of the army of the great Mughal emperor Akbar. Like the majority of the Rajasthan Forests, it consists of very large courtyards in which were held the great Hindu festivals, multiple palaces, and corridors hidden by moucharabiers allowing women to see what happened in the courts without being seen by men. Visit Karni Mata Temple(Rat Temple) Located in Deshnok, south of Bikaner, the Karni Mata Temple attracts many tourists for its originality. The rats would be a reincarnation of the members of the Charan caste, to which Karni Mata belonged. This holy woman wanted to resurrect a child in the Kingdom of Yama but it had already been transformed into a white rat. Angered, she decided that henceforth, no more members of her caste would go through the kingdom of Yama for their reincarnation but that they would become rats directly. That’s why these rats are so sacred.
Admire also the architecture of the temple built in the sixteenth century, the white carved marble facade, the sculptures offered by the Maharaja Ganga Singh, and the solid silver doors that open onto the sanctuary. Overnight in Bikaner

The temple of Ramdeora, place of Hindu pilgrimage is the place that will take all your attention. This sacred place is of paramount importance for this religion.

After a hearty breakfast, you will visit the fabulous Jain temples and the fortress with 92 bastions.

After breakfast departure for Jodhpur. On the way, visit the temples at Osian and Mandore . Arrival in Jodhpur, the “blue city”. First walk in town in the district of the clock tower, the living heart of the city, with its narrow streets lined with stalls. You can continue the visit with the Meherangarh Fort of Jodhpur and the King’s Palace. Nicknamed the magnificent fort, it overlooks the city from the top of its 122 meters. Inside this is a richly decorated palace with many courtyards. Overnight in Jodhpur

Day 11From Jodhpur to Rohet, an unforgettable safari

In Rohet, you can go on a safari and discover this interesting place.

After a nice night in Rohet, you will go to Ghanareo.

Ghanareo, Ranakpur, Kumbal Garh, Mount Abu: a long journey with many discoveries After a night in Ghanareo, you will go to Ranakpur and then continue to Kumbal Garh before arriving at Mount Abu. Beautiful adventures await you there.

Day 14Mount Abu, a visit to a wonderful Jain temple

At Mount Abu, you will have the honor of visiting the Jain Temple of Dilwara

After spending time at Mount Abu, you will go to Udaipur.

You will then leave Udiapur to visit the wonderful temples of Nagda, Eklingji and Deogargh.

When you leave Deogarh, you will visit the imposing forts of Rajsamand, Chittogarh, Menal and Kotal

Bundi is characterized by its palace and its castle which you will have the honor to visit.

After breakfast departure Pushkar, After breakfast departure towards Pushkar . Visit of the Muslim city of Ajmer in road course. The shrine of the Khwaja saint Muin-ud-Din Chishti remains one of the most revered in India.
Ajmer encloses indeed the tomb of a Muslim saint in the heart of his Dargah, a real small religious city that attracts pilgrims from all over the country. The sanctuary is enclosed in an old picturesque, surprising center of authenticity Arrived and visit of Pushkar fair. The Puskhar Fair takes place once a year, in the month of Kartika (October 30 – November 6, 2014) according to the Hindu lunar calendar. It is the most famous camel fair in the world. Thousands of merchants and traders from all parts of India flock to this picturesque town to sell and buy cattle, camels and other livestock. On this occasion, Pushkar is populated by men with turbaned long whiskers (typical of Rajasthan). They wander around the city accompanied by these women in brightly colored saris and even brighter during the holidays. During the fair, they sell bracelets, fabrics and other trinkets specific to the markets of North India. It is a real discovery of the nomadic life in what it has more authentic. Overnight in Pushkar.

From Pushkar, you will reach the fort of Roopanagarh before going to Jaipur

Founded by the astronomer Maharaja Jai ​​Singh II, it is certainly the most colorful city of India that has a special atmosphere with its bustling bazaars, bubbling with activity and crowded with human tides. multicolored turbans. The old city, in the form of a square, is encircled by a thick wall pierced with nine doors.
Take a look at the famous facade of the Palace of the Winds, then visit the Amber fort which you access by elephant or jeep. Its courts, pavilions and the palace of mirrors evoke the glory and prosperity of Rajput rulers. Back in town, visit the palace, current residence of the royal family and visit the observatory “Jantar Mantar, built in 1728 by the astronomer prince Maharaja Jai ​​Singh II, the Palace of Maharaja (City Palace ) in pink sandstone and white marble. It has been transformed into a museum by the last Maharaja and contains a fine collection of weapons and costumes. In the evening visit the temples at Galta ji , Overnight in Jaipur.

Breakfast Departure for Sarika , is located in the state of Rajasthan as part of the Aravali Hills. This park became a national park in 1982. The park has lots of tigers and other interesting animals and flowers. There are also ruins and historical monuments in the Sariska limits which are the symbol of its past.
Morning and evening safaris in the National Park by jeep and elephant back (morning only), accompanied by a naturalist, After transfer to Alwar, Fort visit and King’s palace. Night in Alwar.

After a night in Alwar you will see the palace and the fort of Deeg, before finishing the day at Taj Mahal and overnight in Agra

This is the last day of the trip. You will be able to visit the extraordinary temples of Khrishna, Varnavan and Mathura. After that, head to the airport for the return trip. 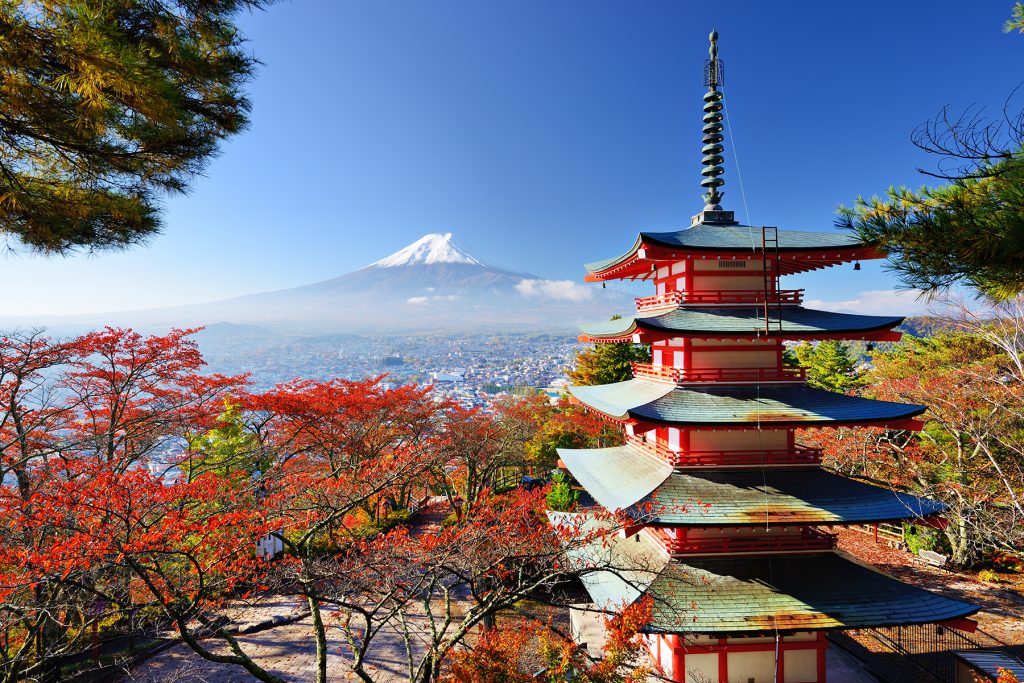 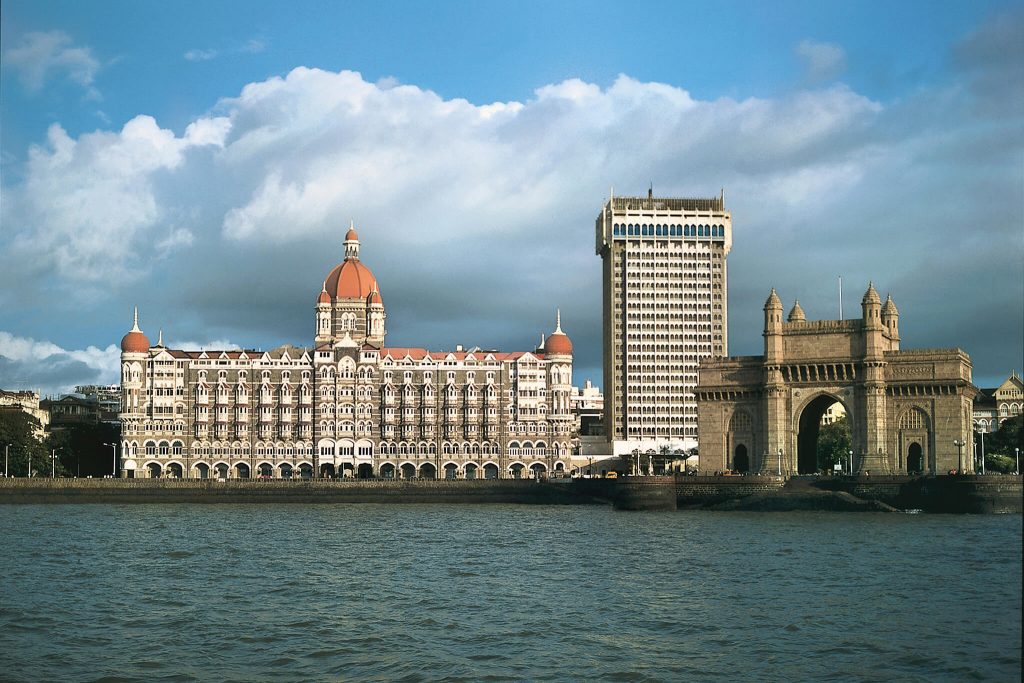